The Monastery at the End of the World

Two monks. One space. Looming apocalypse. What could go wrong?

A Buddhist Guide to “Surviving” the Apocalypse

I saw a huge mountain that reached the clouds. And it was coming this way, crushing all creatures… Should such a dire threat arise… what would you do?” (SN 3.25) 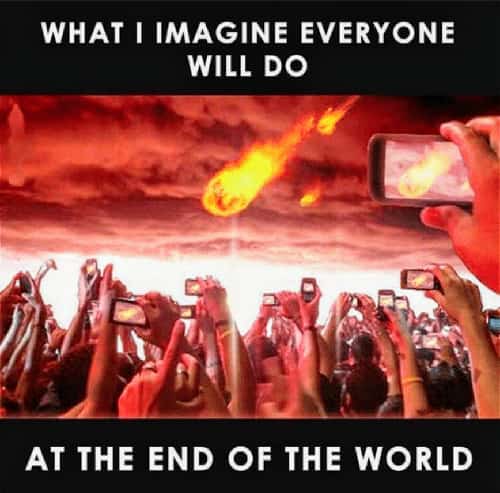 The End of the World is not likely to be an exclusive event. It’s true that some religions have their own VIP versions of the apocalypse, where the Chosen Few are saved and the rest are doomed (think; the Rapture, the Ascension, or, Judgement Day) but given the differing views on which religion is correct, it’s more likely that when the apocalypse comes, it’s coming for us all.

So, how should people of different religions prepare themselves for The End? Christians might pray to God for deliverance, Muslims might praise Allah, but what about people like Hindus or Buddhists who believe in rebirth? Surely, an event like the apocalypse is just another routine death and nothing to be too bothered by? Perhaps we don’t need to do any special preparation at all? We can just keep going about our normal business, doing our usual things; watching Netflix, arguing with our siblings, hating on politicians and going shopping… But if it really is The End, “situation normal” is not likely to be possible.

Even if the apocalypse comes without much fanfare or spectacle—a series of small environmental disasters that eventually lead to a cascade failure—we will still experience a slow-moving horror show for many years. There will be water shortages, droughts, failing crops. Hungry people, rioting for food, or looting what they need. There will be mass migrations as millions of refugees flee rising water levels to seek safety in overcrowded areas elsewhere. Competition for resources will bring violence and chaos, as people struggle for power and survival.

Perhaps, then, you think it will be better if the End of the World comes quickly; spectacularly—with little warning—due to something like nuclear war or an asteroid impact. However, this is not necessarily a better option. Imagine the terror of those final few moments. A lifetime of hopes and regrets flash before your eyes, no chance to say goodbye to your loved ones before they are vaporised. Gone forever. Worse still; imagine surviving. The chaos. The search for food. The grim, unbearable sadness of it all. 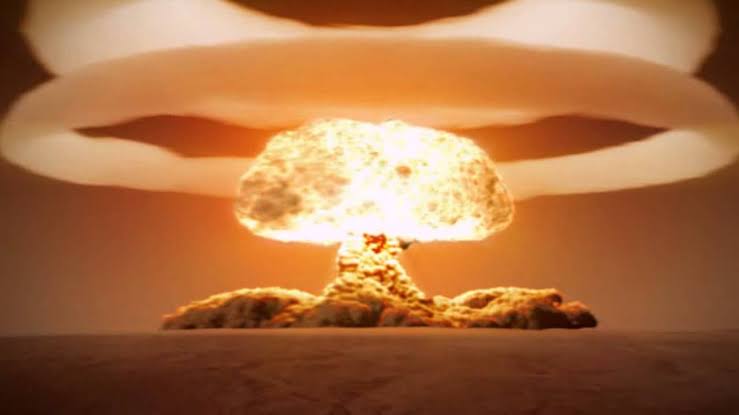 So, what will you do at the End of the World? If your family is starving, will you steal and loot to feed them? If hungry people armed with axes come to steal your supplies, will you share what you have with them or kill to protect yourself? What will you do as a Buddhist? Abandon your precepts out of expedience? Ditch spiritual teachings on kindness, compassion, and generosity because it is suddenly inconvenient?

The problem of what to do when the world is ending is answered for us in the Pabbatūpa Sutta, the Simile of the Mountain, (SN 3.25). Here, the Buddha meets with King Pasenadi who has been busy with the many distractions of running his kingdom. Perhaps hoping to re-orient the king’s priorities towards larger concerns and provide him with a sense of urgency, the Buddha presents King Pasenadi with an apocalyptic scenario:

Having obtained the King’s attention with this inescapable disaster, the Buddha then poses a single question, loaded with meaning:

Should such a dire threat arise—a terrible loss of human life, when human birth is so rare—what would you do?

This is the same question that we, ourselves, would face at the End of the World. What would you do? The King’s answer is textbook perfect:

“Sir, what else could I do but practice the teachings, practice morality, doing skillful and good actions?”

The Buddha does not immediately praise the king for his response, however, and instead changes tack from an abstract hypothetical question to a matter-of-fact reality check:

This is our real emergency, our true predicament, the slow unfolding catastrophe of old age, sickness, and death. Yet, like King Pasenadi, we are so often distracted by other activities in our life that we forget that these big things will inevitably happen to us. Even when reminded of this certainty, we don’t want to think about it, we turn away and shut our eyes. It is for this reason that the Buddha used such a striking apocalyptic scenario; to break apart the layers of self-deception, cutting through our usual frivolous distractions, to issue an urgent reminder.

Seeing the futility of all his power, wealth and status in the face of old age sickness and death, in answer to the Buddha’s question, the king repeats the same response he made before:

“Sir, what else can I do but practice the teachings, practice morality, doing skillful and good actions?”

Thus, the qualities that we will need at the End of the World are the very same qualities that we need in our ordinary lives; in both situations, we face essentially the same problems, just with different external conditions. It is not just in extreme situations that our ethics and behaviour will be tested but also in the ordinariness of here and now. If we cannot practice ethical conduct in our everyday lives in the present, what hope will we have in the future, when things get really tough?

So, how should a Buddhist survive the End of the World? Unfortunately, from the Buddhist point of view, “survival” is ultimately impossible; we are bound to experience old age, sickness and death eventually; unless we attain liberation, the cessation of all suffering, in which case there is no “survival” but total extinguishment instead. However, if we are still unenlightened when the End of the World is upon us, then—just as King Pasenadi realised—in times of crisis, we should not abandon our spiritual principles. Instead, in that moment, we need to cultivate the four things the king mentioned above; practice the teachings (dhammacariya); practice morality (samacariya); do skillful actions (kusalakiriya); and do meritorious actions (puññakiriya). We keep practicing the Dhamma as taught by the Buddha, seeking to understand the teachings by living them (dhammacāriya) as much as possible. These teachings are what will continue to guide us, even in the direst circumstances. We should also aim to live justly, maintaining ethical conduct that leads to personal and social harmony (samacariya), such as keeping our precepts; not killing, not stealing, not committing sexual misconduct, nor lying or becoming intoxicated, even when faced with a catastrophic event like the disintegration of civilisation. It will be in this chaos that many people will abandon their ethics and decency, as people slide into survival mode, moral depravity and escapism. It is at such a time that performing skillful actions (kusalakiriya) will matter the most, when love and compassion will be most needed.

Even in a broken world, virtuous action is always blameless. As such, keeping up our ethical conduct will be a source of protection for us as well as others, and we will experience a sense of peace and tranquility as a result of our good actions. Even if it seems that all hope is lost, we can still perform meritorious actions (puññakiriya), such as practicing kindness to others through our virtuous conduct. We can still be generous, sharing what we have with others, and even—perhaps—continue developing our minds through meditation or contemplating the Dhamma. These kinds of actions are sure to bring good results for us now or in the future.

By understanding the Dhamma, and practicing in this way, a Buddhist at the End of the World—or even just in ordinary daily life, here and now—can be a beacon of goodness and a source of inspiration to others.

So, as the Buddha asked King Pasenadi; what would you do if the world were ending? And would that be so different from how you are living now, faced with old age, sickness and death? 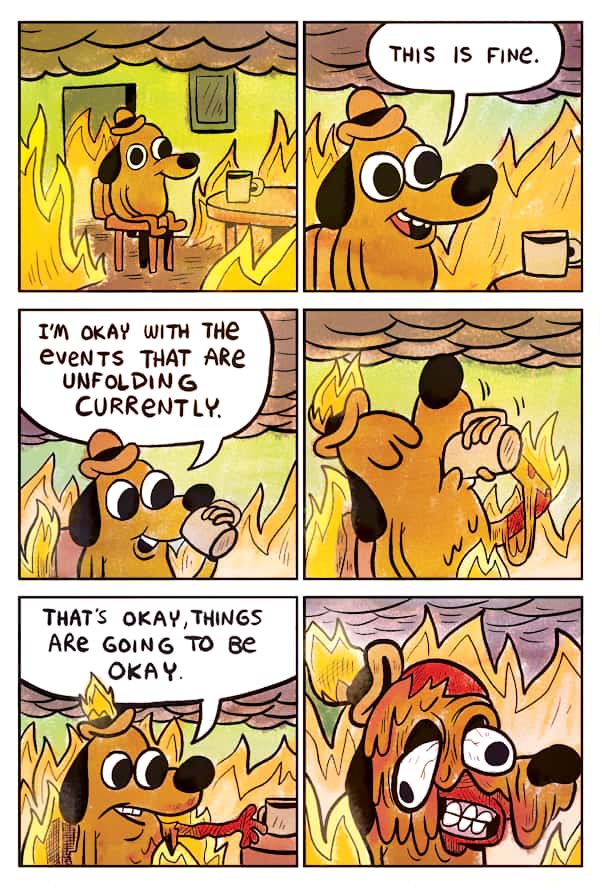 Read the full Pabbatūpa Sutta, the Simile of the Mountain, on SuttaCentral.