The Monastery at the End of the World

Two monks. One space. Looming apocalypse. What could go wrong? 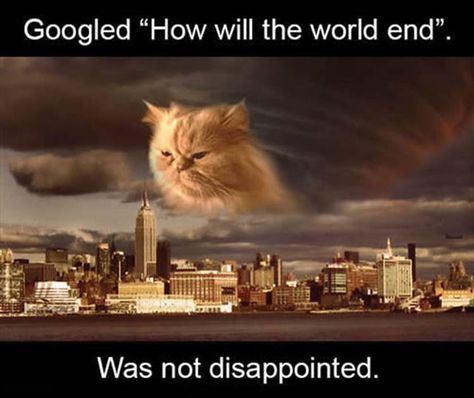 There comes a time when, after a very long period has passed, a second sun appears… (AN 7.66)

When it comes to doomsday prophecies, Buddhist texts might not immediately spring to mind. However, there are a few portentous suttas spoken by the Buddha scattered through the Nikayas that read like something out of a Hollywood disaster movie. There is a certain satisfaction in pondering the utter destruction of the world—hence the popularity of the apocalypse film genre—but what exactly was it that the Buddha was pointing to when he talked about the End of the World?

In the Sattasūriya Sutta, the Seven Suns (AN 7.66), we read about the slow, painful death of our planet. The beginning of the end is a long period of drought. In a cascade failure, even more terrifying than current climate change predictions, the lack of rain gradually causes the complete extinction of plant life on the planet:

…rain doesn’t fall. For many years, many hundreds, many thousands, many hundreds of thousands of years no rain falls. When this happens, the plants and seeds, the herbs, grass, and big trees wither away and dry up, and are no more…(AN 7.66)

Then a second sun appears in the sky, and another and another. All the rivers, lakes and oceans of the world dry up so much, that when a “fifth sun appears there’s not even enough water in the great ocean to wet a toe-joint”.

Then, parched and barren, the earth begins to burn. Raging flames cover the entire world, even huge mountains erupt in flames and crumble. The suns progressively heat up the earth, with even more suns appearing, until eventually, in total, seven suns sear the earth with their hot rays. The whole planet is consumed by fire, smoking and smouldering until there is nothing left at all:

It is truly frightening to imagine such a terrible, cataclysmic end to the earth; a literal inferno. However, this is not just the stuff of prophecy, nightmares, or movies. In the deep time, big picture future of our planet, this burning world is how contemporary science predicts things will actually end millions of years from now. All stars must die, including our own sun. When they have exhausted their fuel, stars begin to swell in size, becoming bigger and hotter, until eventually collapsing in a huge explosion that swallows planets, vaporising themselves in a massive supernova.

Did the Buddha really have a scientific insight into the complex cycles of deep space time, or is the apocalyptic scenario of the Sevens Suns more of a story to make a point? Certainly, the Sutta has a rather galvanic feeling about it. This is reinforced by the sobering didactic tone of the repeated refrain:

The Buddha uses the abstract idea of total and utter destruction on a cosmic level, to remind us of the essentially precarious nature of our existence on a personal level. As each new sun appears in the sutta, the very world we cling to for survival becomes less and less hospitable, until even the very idea of its permanence is destroyed. In the same way, our very own bodies will wither and die, to be consumed on by a cremation fire. There is no safety, no permanence, nothing to rely upon at all. By challenging us in this way, the Buddha appeals to the emotional side of ourselves, creating an urgency within us to recognise the truth of our predicament and then, use this knowledge to generate a strong desire to escape conditioned existence entirely.

This complex sequence of emotions and reactions is known as saṃvega, a term that describes “a state of shock, agitation, fear, awe, wonder, or delight induced by some physically or mentally poignant experience.” (Ananda K. Coomaraswamy, Saṃvega: ‘Aesthetic Shock’) Saṃvega is presented in several forms in the suttas, most commonly in relation to seeing the inescapable nature of old age, sickness and death, creating a sense of inspired urgency. The Buddha’s story of the Seven Suns, is not so much a scientific prediction of the end, or even a prophecy of doom, but rather an awe-inspiring shock tactic, told to stimulate us to practice the path of Dhamma right now. Only by turning away from the impermanent, unstable and unreliable conditions of the world will we truly have a chance to escape our suffering.

Elsewhere, the Buddha speaks of cycles of birth and death on a cosmic level, when the whole known universe collapses. Ajahn Brahmāli, in his recent essay on Buddhist Cosmology says:

The idea of a cycling cosmos is part of the fundamental Buddhist outlook that things don’t have absolute beginnings…. According to Buddhism, nothing arises without causes and conditions. There is no such thing as a first cause. Given this outlook, only a cyclic model of the universe makes sense.

In the Aggañña Sutta, the Origin of the World (DN 27), the Buddha speaks of this cyclic universe in terms of contraction and expansion, occurring in vast timescales and multiple world-systems. Radiant beings move through these realms, bright, steady and luminous, almost like the passage of stars through the night sky. Since ancient times, humans relied upon the predictability of stars to navigate and determine the seasons. For centuries, stars were regarded as an enduring and permanent part of our experience of the universe, regulating the planting of crops, or the timing of religious festivals. The stars above us provided a sense of ordered continuity.

However, through astrophysics, we now know that this sense of order and dependability is actually erroneous. We are, in fact, hurtling through space; our perception of steady permanence is an illusion. The movement of stars occurs in an ever increasing expansion. Spiraling outwards, whole galaxies are moving through space, and even collide with other galaxies. Whole stars systems are devoured and collapse into black holes, spectacular events that can only be described as apocalyptic.

Previously, scientists estimated that our galaxy, the Milky Way, would collide with the Andromeda galaxy in about 8 billion years, but, recently a more pressing cosmic danger has been discovered. Scientists now say that the Large Magellanic Cloud will crash into the Milky Way in a mere 1.5 billion years. Such a collision will bring a gigantic black hole into our galaxy and has the potential to knock our solar system out into interstellar space. This complex scientific information, gleaned through thousands of hours of telescope time, and complicated number-crunching by supercomputers, makes the Buddha’s insight into the unstable universe a reality an astounding feat of knowledge. Even if we don’t seem to experience cosmic change occurring here and now, it is inevitable that:

There comes a time when… after a very long period has passed, this cosmos contracts. As the cosmos contracts, sentient beings are mostly headed for the realm of streaming radiance. There they are mind-made, feeding on rapture, self-luminous, moving through the sky, steadily glorious, and they remain like that for a very long time.

There comes a time when, after a very long period has passed, this cosmos expands. As the cosmos expands, sentient beings mostly pass away from that group of radiant deities and come back to this realm. Here they are mind-made, feeding on rapture, self-luminous, moving through the sky, steadily glorious, and they remain like that for a very long time. (DN 27)

Both the Sutta of the Seven Suns and the Origin of the World seem almost fantastical in their description of our universe. The cosmos falls apart and rebuilds over and over again, or our planet burns up and spectacularly explodes; it seems too farfetched to believe. It’s easy to dismiss ancient scriptures as fictional and take comfort in that. However, will we also deny the cold and factual rationality of science? The refusal to believe scientific data by climate change denialists today shows just how easy it is to ignore science, as does the recent phenomenon of believers in a Flat Earth. Even if we are convinced by a scientific version of the apocalyptic destruction of our planet one day in the far-off future, it is still very hard for us to make a jump from an abstract potential future to a reality that we might individually experience. 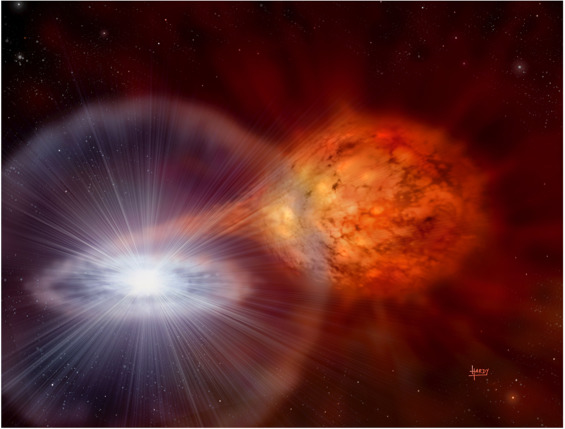 As with attitudes to climate change on our own planet, we might be tempted to take some solace in this impersonal and distant version of the universe’s demise, since we prefer to imagine a scenario that doesn’t include us personally. But thinking like this would completely miss the point of the Buddha’s teaching about our own impending deaths, let alone that of our planet. Further, it would be a missed opportunity to experience the potentially transformative mind of saṃvega. Instead of generating urgency and dispassion, we could easily fall back into that pleasantly habitual cocoon of delusion that we usually occupy; thinking we are safe and secure on our planet, that the universe will not end today or tomorrow, our own lives are predictable and permanent; that the environment we depend upon will keep on supporting us, that society will not collapse, we should not worry too much about our death, or the death of others…

However, as Buddhists, we believe in rebirth. So, even if the universe doesn’t end in this lifetime, we might be reborn in a future where our Earth— or even the universe—is a less hospitable place than it is now. In the appropriately named Bhayabherava Sutta, Fear and Terror (MN 4), the Buddha gives us a glimpse of the true scale of samsara over countless lives, and indicates the likelihood of us running into a cosmic apocalypse in one of them:

Again, this sutta seems to show the Buddha had an extraordinarily revelatory understanding of the way our universe works. He describes it’s vastness in terms of time and space, and shows us the creative and destructive power of the cosmos. But why tell us about it? What does it matter to us? These suttas are a warning, an alert; there is great peril in this universe for us. Our safety cannot be guaranteed. We should be cautious about lingering too long in endless rebirths, unmindful of the suffering that we might experience in the future; disaster, destruction, desolation…

As with all prophets of doom, it might not have been easy for people to believe in the unseen danger. As the Buddha acknowledged himself:

Mendicants, who would ever think or believe that this earth and Sineru, king of mountains, will burn and crumble and be no more, except for one who has seen the truth? (AN 7.66)

Increasingly as the effects of climate change become more widely known, it is easy to believe in a looming apocalypse like that of the Seven Suns. A world where changing rainfall patterns bring droughts that gradually turn the earth into desert, where crops fail and people starve. When this banal and unspectacular sort of apocalypse is finally upon us, will we only realise too late? Will we believe the science? Will we believe it when it happens? Or will we continue in our coccon of denial? The world has already experienced incredible changes in the past; It is also happening somewhere right now! Is it so difficult to imagine it happening again; but bigger? 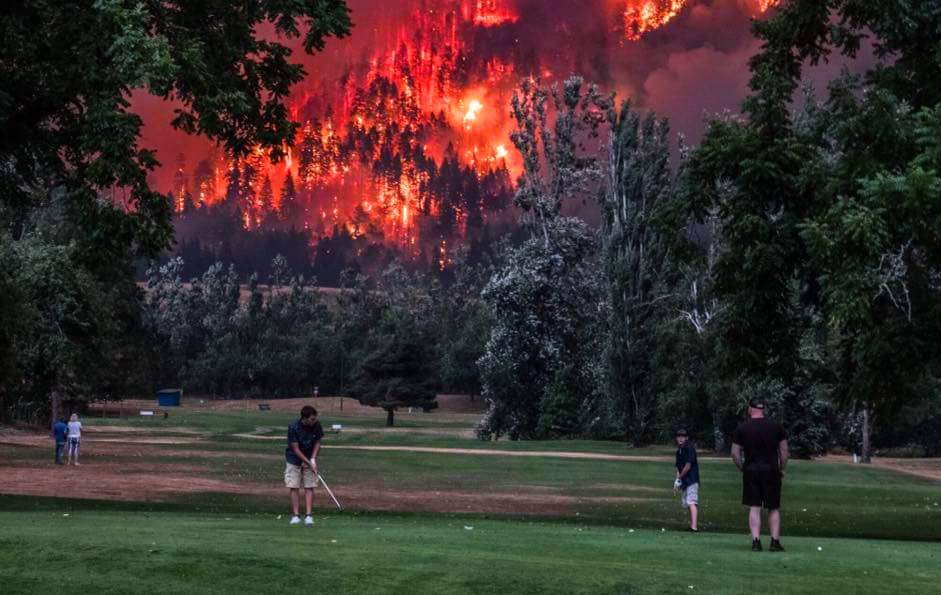 When the world begins to heat up, when it starts to burn, when there is not enough water to fill a cow’s hoof print, or enough food to feed your family… when society, civilisation, our whole world, even, our universe is ending—what will you do? It’s this question that I’ve been returning to over and over again. What does it mean to be a Buddhist at the End of the World? And how will the Buddha’s teachings help us then if we don’t practice now?